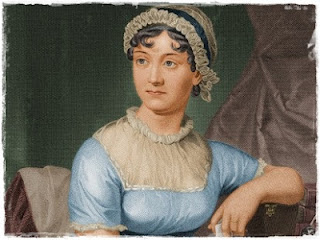 "Living in fear is recognizing that life offers no guarantees but insisting otherwise. Despite the facts we are adamant that we are special, somehow immune from life's uncertain demands."--Michael Carroll, from Fearless at Work: Timeless Teachings for Awakening Confidence, Resilience, and Creativity in the Face of Life's Demands

About a month ago, I heard a story on the radio about a commencement speaker whose speech had gone viral. The graduation was at Wellesley High School in a tony suburban town outside of Boston. The speaker was historian David McCullough's son, David Jr. The topic? None of you are special.

They played an audio clip from the speech. David McCullough's son (who, my husband quipped, probably never felt special because he was always being referred to as "David McCullough's son") made the point that these high school seniors and others graduating across the country, all harbored the feeling of being special because they grew up in a society of "Everybody wins! You all get a trophy!"

Contrary to what your soccer trophy suggests, your glowing seventh grade report card, despite every assurance of a certain corpulent purple dinosaur, that nice Mister Rogers and your batty Aunt Sylvia, no matter how often your maternal caped crusader has swooped in to save you… you’re nothing special.

In the clip the audience titters at points. I imagine that when they left the auditorium, losing their black gowns to show off the suits and ties and Lily Pulitzer dresses they were wearing to have dinner at Cafe Mangal or Alta Strada with their parents, they probably laughed about the weird speech, asking each other, who invited that guy? Why couldn't we have gotten David McCullough?

I imagine this because when I was 18 I thought I was special. Despite being nerdy in high school and not going to any of my proms, I still felt special in other ways. I thought I would be a bestselling author. My parents even placed an ad in my senior yearbook saying that they looked forward to seeing my book on the shelf at Waldenbooks. They mentioned that particular store because I was a bookseller at one in the Monmouth Mall (Waldenbooks, a subsidiary of Borders Group, no longer exists so sadly that particular dream never came to pass). I had had some early successes--two poems accepted by Seventeen magazine, an acceptance letter to an exclusive summer program for NJ writers. I was bound for publishing glory.

And isn't that what we all think when we're young? Things invariably do get better after high school (unless you spent too much time in the tanning salon like the girl who sat behind me in homeroom. She must look like a Florida retiree right now. Or that retiree's leather purse). But they also get real. That's when you start to agree with the adage that if everyone is special than no one is. Because I'm sure everyone else from my high-achieving high school thought they were special, too.

If you're nothing special, it's not actually a terrible thing. It means you can accept yourself as you are. If you want to try and be successful at something, great, but if you fail it's OK, because if you're not special then no one expects anything from you. If you do succeed than people are usually happy for you. You don't have to be special to get an essay published in a newspaper, for instance, which means if you send out more pieces for publication and they're not accepted, it's no biggie. Just send more pieces to more magazines.

One of my writing teachers at Governor's School told me that he thought I had the discipline to be a successful writer. I remember being slightly miffed that he didn't say I had the talent. Discipline sounds so boring, like making your bed. Talent, on the other hand, sparkled like a 4-karat diamond on a celebrity's outstretched finger. I wanted to sparkle, and instead his only compliment was that I worked hard.

But now I get it. Talent is a wonderful thing, but it doesn't mean anything if you're not using it. If you're told your a gifted writer or violin player or baseball pitcher it's easy to expect success without really trying. It's the work that matters, the effort and the time and yes, the failures, that make someone successful. And even then it may not be enough to be a bestselling author. It might just amount to a few published pieces over a lifetime. You're not going to be remembered the way Jane Austen and Emily Dickinson, or even, god help us, Danielle Steel will be remembered. But you'll have spent your life working at your craft, not resting on your laurels.
Posted by Jennifer Campaniolo at 2:55 PM No comments: