It's all about me 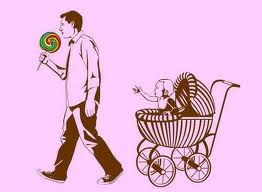 "The pain and anxiety we experience in our lives are in equal measure to the size of our self-importance. Our attachment to self is at the center of ego's world--ego's empire. In our attempt to secure ego's empire, we must wrestle with the world and all its unpredictability. We have so much less control than we would like. All our hopes, fears, and preferences stir up feelings of insecurity within us and feed our mental unrest and aggression."--Dzigar Kongtrul, from his book Light Comes Through: Buddhist Teachings on Awakening to Our Natural Intelligence

Mike has been out of town on a business trip to Alaska this week, milling around among the burly, ax-wielding, red-plaid-wearing lumberjacks. Actually he's there for a science and computer conference, but the lumberjacks make the story sexier.

In his absence, I've been moody, more so than usual. I've grown accustomed to my husband being around. Without him, I start spending too much time in my own head--my monkey mind comes alive and starts swinging from limb to limb ready to grab all the bananas it can get. I become more self-centered. Why hasn't that person answered my email yet? Why didn't that person say hello to me? Why wasn't I included in their plans? In order to feel more in control of my world and to seal the leaking gaps in my ego, I reward myself in some way: I buy something pretty online, I eat TWO bowls of chocolate ice cream. My needs become foremost. Only later do I worry about the money I spent or the extra sugar I ingested.

Writing teachers tell you that to in order to write well you need to look outside yourself, to notice the small details that you miss when you're wrapped up in angry thoughts about some minor infraction you think you've suffered. When you pay attention to things outside your insular little world, you learn so much more. Instead of repeating endless unanswerable questions in your mind, like when will I be happy? you notice little things in your environment that were never on your radar before. That woman with the red hair looks tired, I wonder what happened to her today? That family of tourists is quiet, not speaking to each other, I wonder if they quarreled? What brought them here and why do they seem to be let down? Or that old man with the long gray beard playing his guitar and singing--where did he come from? What makes him so extroverted?

Taking an interest in others is a way to step out of ego. So much of the time I'm thinking about getting my share. I may think of others later, but my initial reaction is What about me? There are times I shock myself with my own selfishness. It should be me who picks the restaurant. I want that last piece of cake, in fact I'm taking it. Why does she get to ride around in a Mini Coop? That's MY dream car.

But when Mike is around he often calls me out for being self-referential, for thinking that the world is supposed to line up according to my needs, my desires. When I'm talking with friends I often find myself cutting into the conversation ready to give my take on something, and I have to force myself to step back and let the other person finish. When I'm able to refrain from jumping in, I feel like I'm actively listening, that I'm present for other people. Paying attention to others--whether it's a smile to a an old woman, letting someone get on the train before you, staying mum while a co-worker talks about their summer travel plans--that's often just as satisfying as immediately inserting yourself into the picture. Standing back and observing gives you a fresh perspective, one that is uncluttered by the narrow sight line of ME.

I'm also guilty of this on the Internet. The whole idea behind social media is to be social. But more often than not I'm talking and not really listening. I get on Twitter and it seems like so many voices talking at once and no one really listening--like a political debate without Jim Lehrer. But am I even listening? Or am I just adding to the noise? Sure, it's important to express yourself--to say I am here. But you reach a point when you might as well be talking to yourself. And isn't it far more interesting to hear other people's stories? Heck, you've got yours memorized.

The point is, I'm learning that there's a difference between a healthy self-interest and being self-absorbed. When you're self-absorbed, you miss out on so much. It's hard to make true connections with people if you always have a personal agenda. You can't take a good picture if the camera lens is always turned toward you.
Posted by Jennifer Campaniolo at 2:44 PM 3 comments: