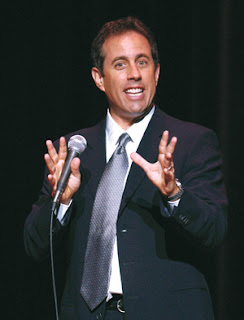 Mike sent me this article today. It's related to yesterday's post about choosing a daily practice and motivating yourself to stick with it. What would you like to make your daily action?
Posted by Jennifer Campaniolo at 10:08 AM No comments:

The perils of skipping practice 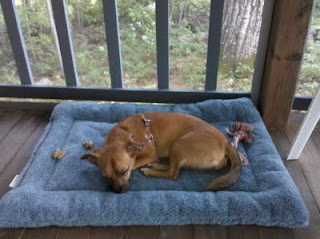 "Without a daily embodiment in practice, lofty ideals tend to succumb to self-interest."--Jon Kabat-Zinn, from Wherever You Go, There You Are

The promises we make to ourselves are often the ones we don't take that seriously. We think we're being serious when we say we're going to not eat anything after 8:30PM, but the very day we say it, somehow a bowl of chips and salsa appears in front of us, and what can we do?

I've been taking these pricey writing classes in downtown Boston on and off for a few years now. My husband has supported me going because he figures I'd meet people, make some writer friends who I could invite over for wine tastings and lively dinner parties. He also thought taking classes would get me to write everyday, to develop the regular practice we had talked about so many times over glasses of wine, when we'd engage in that kind of dream talking, resolution-making that's cute when you're 19 but kind of pathetic by the time you're 38.

Not to say that I don't enjoy the classes or like the people I've met there. I love how there's such a range of backgrounds, occupations, and experience levels in almost every class I've taken. In one personal essay class I was in last Fall, there was a cancer surgeon, someone who worked in Geriatric medicine, a school teacher, an aspiring yoga instructor, and an architect. It was a unique experience for me to be among such a group and I loved hearing their writing--the funny, unusual, painfully honest and incredibly moving stories my classmates wrote about and shared with us. We only saw each other once a week for four hours but that didn't cool the intimacy of the essays we read to each other week after week. It was all very inspiring--while I was in class.

As for my own writing at home between classes, I'd often wait until the last minute to do the assignments--just as I did in high school and college. It's a terrible habit that I got away with when I was in school but is doing me no favors now. How many famous writers, from Hemingway to Emily Dickinson to T.C. Boyle, talk about having and keeping a regular writing practice?

Mike eventually caught on to my lack of practice and just recently made a deal with me (we love making deals--we are master negotiators, but only with each other.) If I submitted one essay in July and one essay in August to be published somewhere, he would be OK with me spending $450 on another ten-week writing class. He warned me that it wouldn't count if I did both essays on the eve of August 31.

I failed to submit anything by the first deadline. I thought he might overlook this and agree to let me take the class anyway. I needed the extra motivation, I was having a hard time deciding what to revise and submit. In turn, he told me he felt bad saying no, but a deal's a deal. Even I had no argument for that.

On the other hand, I have lots of useless, avoidance practices I engage in everyday:


But as far as practices that would actually do me some real good--like meditation, yoga, writing, exercising, dog obedience training...then I'm all, who has time for that?

I bore myself when I hear my excuses for why I waste an $87 a month gym membership that I roped myself into for a year and can't get out of unless I move or die. Or when I talk to others about wanting to take up yoga again, I just need some new yoga pants, or that I'm going to submit an article but I'm just so busy right now. All around me I see regular gym-goers of all ages (you can tell by their arms) and young mothers of five who, postpartum, have written three books and who faithfully update their blog every morning. They somehow found time, why can't I?

Everyone has the same amount of time in a day--it's how you choose to spend those 24 hours that matters. Having a practice that you care about, that truly reflects your values, or as Jon Kabat-Zinn puts it, "is my job on the planet with a capital J", is what makes for a good life. Everything else is just noise.

Helen Mirren Has the Sexiest Body On the Planet, from Salon.com
Posted by Jennifer Campaniolo at 11:07 AM 2 comments: 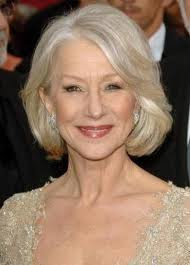 Picture came from this site.

"There is clearly nothing desirable in the world of advertising about growing up. An ad for a truck says 'About the only thing it has in common with the typical 50-year-old is the spare tire.' Fifty is still young these days. Most of us at fifty are much wiser than we were at thirty and we still have another twenty-five or thirty years to go. But we get the constant message that it's all over for us. This is demoralizing for all of us, men and women, young and old--we learn to dread the natural process of growing older and we feel terribly devalued as we age."--Jean Kilbourne, Can't Buy My Love: How Advertising Changes the Way We Think and Feel

I often fantasize about moving to France. It's not that I want to practice my high school French, or eat brie and baguettes every day (though that's certainly an appealing proposition) or that French Women Never Get Fat (I've been to Paris, and trust me, some of them do.) There is more respect for the "older woman" there. A woman is not judged by what age bracket her demographic falls into. She is not "past her expiration date" at 40. Actually in her 4th decade she's just coming into her own, and her self-knowledge and confidence give her a particular kind of allure.

And if you're older than 40? TV, magazines, and other media either ignore you or try to carve you into some warped version of your younger self. Once you're 60 or 70, you fall off the media radar completely. Never mind that Americans are living longer and feeling healthier than their parents did. Aging, like Death, is taboo territory. If we don't acknowledge it, maybe it will go away.

One of my personal pet peeves is the raw deal given to senior citizens. Apart from some excellent films depicting older people--like the beautiful Away From Her, directed by Sarah Polley (a bright young thing herself) or any Helen Mirren vehicle--seniors are typically the butt of jokes. They horrify people by displaying what younger people see as inappropriate behavior. Being seen nude seems to be the worst offense a senior--particularly a woman--can commit. It's incredibly sad that a person can live on this earth for half a century or more, adapt (willingly or not so much) to all the changes time and technology present, earn the knowledge and life experience and resilience that only personal experience can give you, and then Poof! suddenly disappear from society, erased like a chalk outline. What they deserve is our respect, but what they get is either our pity, our ridicule, or our indifference.

If living in the present is one of the keys to happiness, why all this emphasis on being younger, exerting all your energy trying to go back to a time in your life that no longer exists?

Speaking of impossible time travel, Mike and I drove down to New Jersey this past weekend to attend my 20th high school reunion. I thought it would be fun to listen to all my favorite music from when I was a teenager. Turns out a lot of it just isn't so compelling anymore. I had forgotten how melodramatic and/or annoying some of my favorite singers were: Morrissey of The Smiths promising to throw his white body down on the rocks below and other happy sentiments; Edie Brickell screeching "What I am is what I am are you what you are or what?"; and They Might be Giants, whose lead singer sounds like he's suffering from a chronic sinus infection, warbling nonsensical lyrics like "But don't don't don't let's start. I've got a weak heart. And I don't get around how you get around." (although "Istanbul [Not Constantinople]" is still one of my favorite alternative pop songs.)

I look to my parents for signs that they are suffering from a lack of youth and relevancy. My father has always kept up with pop music--he knows when Duffy has a new single and has opinions on every American Idol finalist. My mother could care less about pop culture--she's interested in painting, photography, crafts...all the things she didn't have a lot of time for when she was raising me. My father works longer hours than I do, and commutes three times the distance--every weekday and sometimes on Saturdays. Once in love with New York City nightlife, now he would rather be up in Manchester, VT, working on their little "recession cottage." They're both looking forward to his retirement. I respect all they've been through and admire their resiliency. Yes, I do tease my mother about her age sometimes, but that's more of a childish habit than anything else.

I doubt that Big Advertising's message about the unacceptability, the miserable shame, of aging will change--can you imagine an ad for a facial cream aimed at women of a certain age that doesn't promise miracles? That shows a real woman with real skin imperfections applying it simply because it feels and smells good? No way. If the Baby Boomers can't change the twisted message about getting older, who can? But not buying into the media propaganda that life ends at 50--that's up to us. Living in the present and owning our age is something anyone can do, at any time. It's certainly better than the alternative.
Posted by Jennifer Campaniolo at 2:55 PM No comments: