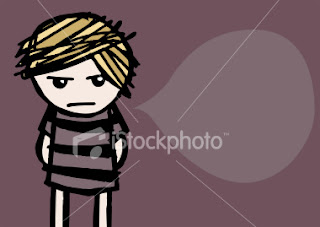 "Simply put, how we react is not the most important element of any situation. When we fixate on our reactions, they pull us away from a primary experience of what's actually happening, into a small room where how we think and feel about the experience is the most important thing, the thing we're now in a relationship with.
"The moment is vast, with a lot of space between the things in it. The moment is generous. I don't have to zero in on my reaction, to act impulsively on it or repudiate it or improve it, all of which tend to reinforce the sense of its importance, but just accept it as one (small) part of what's happening. Usually that simple shift changes everything. It allows us to step out of the small room of second-order experience and back into a fuller, more realistic experience of the moment."--Joan Sutherland, from her essay "Gaining Perspective" (Buddhadharma, Summer 2011).

For as long as I can remember, I've been guided by my emotions. I've lived much of my life so far like an overgrown teenage girl, deeply invested in her feelings about everything. If I felt uncomfortable at a gathering of people I didn't know well, I'd assume it was because people found me boring. If I felt strangely attracted to someone who from all outward appearances was not right for me, I would follow that impulse anyway, often to its inevitably bad ending. If I felt envious of someone who seemed to have everything I wanted, I only saw the positive aspects of that person's life, and not the moments of suffering that we are all privy to, no matter how charmed a life we otherwise lead.

But so what? Weren't we taught from a young age, particularly if we were a girl, that our feelings mattered? That they were our thermometer to adjust until we got the temperature just right? If your house is too hot, you start to sweat and your tongue turns to tissue paper, and you go and turn down the heat until you're comfortable. If I'm feeling lonely it must mean that I don't have enough friends and will probably die alone. As if feeling lonely at times is a problem that needs to be remedied like a stomach flu or a migraine. The result is we spend a lot of time trying to fix what's not broken, and then we worry about that fact that we can't fix "it."

Now I'm trying to unlearn this lesson in egotism. When I first moved to Boston and was feeling an almost constant anxiety and sadness--which I was convinced were the result of circumstances outside myself, NOT the negative thoughts that made a constant loop in my head--I went to see a cognitive-behavioral therapist at a respected clinic in the city. I was tired of living at the mercy of my feelings, of never being sure if my emotions were a result of a given situation or "all in my head." I wanted to pick apart the feelings and the thoughts to form something closer to the truth of my experiences. Some people are labeled "sensitive" or "serious" because they let their negative thoughts run the show most of the time. I was walking around feeling like an open wound--anything that touched me hurt, and instead of healing shortly after the injury, I was letting it get more and more infected with every exposure.

In CBT therapy I learned the difference between "feeling" and "being." Take-home exercises often included thought records on which I was supposed to list a negative thought, like "that woman is looking at me like she can't stand me" and consider all the other reasons why the person might have looked sour, like "She just had a fight with her mother" or "she is thinking of something unpleasant that happened at work." Sometimes it could be as simple as "she just naturally frowns when she's among strangers on the train." When I am waiting for a friend to arrive, and I see her walking towards me before she sees me, doesn't she sometimes have a serious, even slightly hostile look on her face? Then she sees me, too, and her face softens into a pleased expression. How often do we infuse meaning in a situation when in truth there IS no meaning, or the meaning is not what we thought at all?

After I quit CBT therapy (it's only supposed to last a maximum of six months, but I turned out to be a remedial student) I tried to be more aware of what was around me in the moment, and not pay as much attention to the content of my thoughts and feelings. Reading about mindfulness techniques has helped. For instance, in Jan Chozen Bays's new book, How to Train a Wild Elephant: And Other Lessons in Mindfulness, one of the exercises is to use your non-dominant hand for a week. Not for everything, but just when you think of it. It didn't take long before I was catching myself not using my non-dominant hand, and there would be a pause as I shifted from left to right hand. Of course what hand I was using at any given moment wasn't important--it was noticing when I had floated away in my thoughts, become unaware of where I was in the here and now.

Letting go of the moody teenage girl in my head has been hard. But she's been living at home too long--eating my food, racking up bills, leaving messes everywhere she goes. At some point, you have to grow up, open your eyes and ears and heart to all that is out there in the real world.
Posted by Jennifer Campaniolo at 12:00 PM 5 comments: 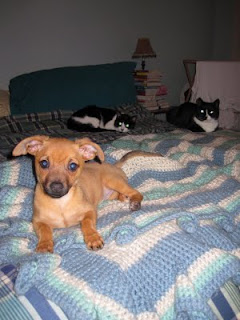 "When we spend a lot of time with our body doing one thing while our mind is on vacation somewhere else, it means that we aren't really present for much of our life. When we aren't present, it makes us feel vaguely but persistently dissatisfied. This sense of dissatisfaction, of a gap between us and everything and everyone else, is the essential problem of human life. It leads to those moments when we are pierced with a feeling of deep doubt and loneliness."--Jan Chozen Bays, from How to Train a Wild Elephant & Other Adventures in Mindfulness.

I'm coming on five years of living in the Boston area, but somehow it doesn't feel like home yet. I keep waiting for that moment when ta da! I feel one with my surroundings. Like if I've been away and I come back, it's almost a relief because I'm in familiar territory--the city I love, the place that embraces me and welcomes me back in the fold.

Is it that the place you lived when you were young will forever feel like home? When I moved to Boston in the summer of 2006 I was moving to be with my future husband, but I also saw it as an opportunity to grow. I didn't want to be the person who stayed in one place their whole life.

I remember when I spent my first night in the new apartment, our apartment, the first we had owned. Mike had moved up to Boston ahead of me and for the past couple of months we had only seen each other on weekends. Now this was my home, too. I brushed my teeth in what felt like someone else's bathroom. There was a hand towel of questionable origin hanging from the rack near the sink. The only toiletries were Men's products: Speed Stick, cologne, a razor with black hairs in the blade. There was a light brown soapy film covering the sink.

This was not unlike the scene four years before when I moved into Mike's apartment in Astoria, Queens. I had to find a way to squeeze myself into the space that before had been your typical bachelor pad (except without the leather couch and neon Heineken sign, thankfully.) At one point, when I was removing some decoration of Mike's that he had in the kitchen and replacing it with something floral and pink, Mike said, "You're removing every trace of me!" A slight exaggeration--why would I want to remove every trace of the person I loved? But I could also see his point.

But in this new apartment, in this strange city, moving in wasn't as easy as putting my collection of Belle Epoque advertising signs on the walls and clean and fresh hand towels in the bathroom. For the first four months when I hadn't found a job yet and so had lots of free time I went to work with Comet and a sponge, removing the former occupants trail and introducing our own. I thought that if I could make my mark on the apartment, I could do the same in my new city.

Of course it wasn't enough to unpack my collection of coffee mugs and martini glasses, bottles of skin lotion and pretty guest soaps. Even when my books were side-by-side (but not mixed together--never!) with Mike's, when I went outside in my neighborhood it always felt like I was just visiting, a subletter using another person's couch, coffeepot, bed, until the owner returned. It wasn't Mike's fault--he encouraged me to explore the town and take writing classes and make new friends. This city was somewhat new to him, too. He was from Massachusetts, sure, and had gone into Boston for Red Sox games. But he's from a small town an hour west of here. In a way, even though he had family nearby, this was all new for him, too.

Maybe if I was of college-age when I moved to Boston it would have been different. The city is chock-a-block with young people. Walking around town is like walking on the biggest college campus you'll ever visit. I found myself swamped in nostalgia for overpriced textbooks, world literature lectures, Thursday night bar crawls.

But as a woman in her mid-thirties I felt marooned. Where could I fit into this picture?

Since that in-between summer in 2006 I've been striving to answer that question, making lists in my head of favorite local restaurants, stores, open markets, art house theaters, etc. I started learning and writing about mindfulness, staying present, appreciating where you are right where you are. It has been a slow process, and ongoing.
Posted by Jennifer Campaniolo at 3:48 AM No comments: