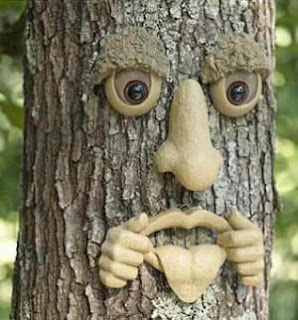 "Buddha once said that if we're hit by an arrow it will surely hurt, but if we're hit by a second arrow in the same spot it will hurt much more. This may sound like common sense, but if we use the second arrow as an analogy to help clarify the harmful qualities of the thinking mind, its meaning deepens and becomes more useful. For example, if we get a headache, there's no doubt it can be somewhat painful. But if we have the thought "This is terrible" or "Why is this happening to me?" it's like being hit with a second arrow, and it intensifies the physical pain. As we observe ourselves, we'll see that we shoot ourselves with second arrows quite regularly, even though we're normally not aware that we're doing this."--Ezra Bayda, from Beyond Happiness: The Zen Way to True Contentment

I was walking to the "T" station this morning, trying to focus on looking at the trees and appreciating the colors of the few leaves clinging to the branches and scattered along the sidewalks like paths of petals. Neighbors still have their Halloween decorations up, even though it's mid-November--my first thought was "OK, you've had almost two weeks to take down the golf ball ghosts from your tree. Get with it." But then I caught myself being judgmental when the exercise for the morning was just to be present, to notice my surroundings without commentary.

I live in a lovely neighborhood, but sometimes I see things--minor things--that annoy me more than they should. Early in October, I spotted a seasonally-appropriate family of Jack-O'-Lanterns on someone's front steps. Or at least 3/4 of the family were there; on the sidewalk, perilously close to the front wheel of a parked car, was a pumpkin that had been kicked in the head, leaving a large gaping hole. Pulp spilled out of the hole like brains. Mardi Gras beads lay beside the "head." It looked like all of the pumpkins had been decorated by children--instead of cut outs for eyes, nose, and mouth, there were stickers representing the pumpkins' facial features.

I imagined these children--maybe a 4 year-old and a 6 year-old--coming home from school and discovering their mangled friend. They would be perplexed--how could someone do this? It would be their first insight into the petty meanness of strangers. Years later they would remember the gouged Jack O' Lantern when they found spit-up food smeared on the front of their locker, or a hole punched into the wall of their apartment and their favorite gold bracelet stolen (yes, these things happened to me, and no, the perpetrators were never found. Dammit.)

I picked the pumpkin off the sidewalk, stood it back up on the steps, with the gash facing away from view, then tried to drape the Mardi Gras beads over the hole with some success.

The next morning I was walking past the same house, and saw that same pumpkin lying smashed on the front lawn.

So today, while observing trees and autumn colors and seasonally-inappropriate decorations, I passed a poster for a missing cat. It looked like a Maine Coon cat, gray and white with a fluffy tail and an old man's wisps of white coming out of its ears. Next to the picture of the cat someone had scribbled "he tasted good." I walked by, contemplating some person's poor attempt at a joke. I thought of the owner, the family even, who were missing their beloved pet. They would see the poster and automatically envision their friendly, lost cat, roasting on a spit. I was a block away from the sign but I turned around and went back to the tree and scribbled out the written-in message. I knew to the outside world I probably looked crazy, but I didn't care.

I tried to resume my mindfulness exercise, but as I approached the "T" station I found I was losing the battle. Why do people have to suck so much? There's enough bad stuff in the world, why pile on the meanness?

And by getting irritated by these small pranks that were probably committed by bored middle-school boys, I had successfully demonstrated how we twist the knife further by being reactive.
Posted by Jennifer Campaniolo at 2:11 PM 1 comment: