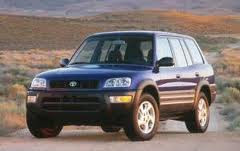 "The biggest obstacle to any kind of transformation is the voice that tells you it's impossible."--Geneen Roth, from Women, Food, and God

Yesterday I drove by myself to run some errands. So what, big deal, right? For me it is. I haven't driven a car by myself since 1992. I had been putting this day off ever since I got my license renewed in Boston and started practice driving with Mike.

The good thing about driving solo was at least if I crashed I wouldn't be dooming my innocent passenger to life as a paraplegic burn victim.

It helped that I was up in Maine this Labor Day weekend, where there are still two-lane roads--one going North, one going South--and that apart from a few testosterone-addled guys in pickup trucks, people are generally friendly to other drivers. On part of my ride from Fryeburg over the Maine/New Hampshire border I encountered no other cars at all. I signaled anyway and stopped at every Stop sign, checking for non-existent traffic. I was a grown woman hoping for a gold star from the DMV. At one point an old 10,000 Maniacs song came on the radio and I turned it up and started singing. I noticed that in this moment, I was having FUN. Why had I let myself be intimidated for so long?

The Toyota RAV I was driving used to belong to my father. He clocked in 173,000 miles on it commuting back and forth from Central New Jersey to Manhattan. For a year in 1996 I commuted with him. At the time I wasn't an early riser but my father would get up at 3AM, drink his big cup of espresso, and, suitably wired, wake me at 4:30 with a fake bugle call. In the car I'd be trying to sleep, one hand clasped over my ear, while he'd play his CDs of Spanish balladeers. I'd wake up slowly and with hesitation as these soulful singers belted out the one word of Spanish I had learned on these same car trips. El corazon.

The year of commuting with my father was also my first year working in Manhattan. I was the assistant to a Chemistry books editor at John Wiley & Sons when its headquarters were still in New York. The job itself was dull, but I didn't care because I had achieved my goal of working in the editorial department of a New York City book publisher. The interview process for my first publishing job was as scary as I had anticipated--me in my little Ally McBeal suit, hurrying down 6th Avenue with copies of my one-page resume pressed in a plastic folder under my arm (1992-1995: part-time bookseller at Rutgers University Bookstore--praised for my creative end cap displays.) For the first time I was seeing the inside of publishers like Simon & Schuster and St. Martin's Press. I was so eager to be a part of this world I had imagined--of three-martini lunches and long editorial talks with famous writers in my book-strewn office with a view of Central Park--that I was willing to take a position in the mail room if I had to. Luckily it didn't come to that, though I did have to spend 18 months interacting with chemistry professors.

My father liked to start his day early, so we'd typically be entering the Lincoln tunnel around 7:00AM. I loved those mornings when we'd get into Manhattan and the sun was shining. The city was literally beaming down on us. Dad would drop me off across town and I'd walk the extra blocks, pausing to look into dark store windows, then stopping at a little coffee shop near my office to savor that first sip of my cappucino. Now that I was awake I was excited at the prospect of a new day.

At 5:00 I'd take NJ Transit back to my parents' house or my dad would swing by 605 Third Avenue and we'd get takeout while he waited for the rush-hour traffic to die down. At the end of the day, it was nice to come back to the familiarity of sitting in the car and eating chicken and rice or a slice with my father.

But now that those commuting days with my father are past, I miss them. He used to work long hours in the construction business and commuting together everyday was the most time I ever spent with him when it was just us. I was finally getting a taste of what my father's life was like when he wasn't at home with my mother and me. We both share a love of nice restaurants. I remember feeling so pleased when I would go to one of his favorite spots and then tell him about it. We enjoyed making each other jealous. "Guess where I am..." one of us would say on our cell phone, while the other would make the requisite sound of delight spliced with envy.

My parents still live in New Jersey, and I only get down to see them every couple of months. My father doesn't commute to New York anymore; he's got his eye on a different life now--retiring to a cabin in Vermont.

But driving his old RAV makes me feel closer to him. It's got 260,000 miles on it and now I'm the one behind the wheel.
Posted by Jennifer Campaniolo at 3:19 PM