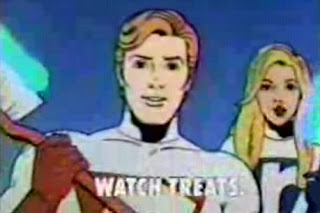 The Missing All--prevented Me
From missing minor Things.
If nothing larger than a World's
Departure from a Hinge--
Or Sun's extinction, be observed--
'Twas not so large that I
Could lift my Forehead from my work
For Curiosity.
--Emily Dickinson, from The Pocket Emily Dickinson

There is a hole in my mouth where a tooth once lived. I, being a negligent landlord so preoccupied with keeping my front teeth white and clean, routinely ignored--even forgot--about the tooth in the far back of my jaw. Now there's a hole with just a few crumbling pieces of tooth that will soon be extracted. Gone forever never to be replaced.

My problem used to be having too many teeth. When I was a kid, once my baby teeth were gone, a surfeit of larger teeth moved in, crowding each other in my small mouth like passengers on a rush-hour bus. I had fangs, extra teeth hanging above my gumline on either side of my front teeth, pushing those teeth closer together, resulting in Laura Ingalls'-style buck teeth. Other kids called me "Bugs Bunny." I also had four impacted wisdom teeth. I didn't think they were doing much harm--I could have used a couple of back-up teeth. But they too had to go. Before I was fitted for braces I was sent to my dentist who pulled half a dozen teeth and an oral surgeon who, while I was sleeping, cut out my Wisdom. I was being stripped of excess, but now I wish I had some of those virgin teeth back.

Mike says that I focus on the wrong things. I worry about my outside appearance, but I ignore the fundamental things like sunscreen. Even though I don't tan, I like getting some color on my face, a healthy glow on my cheeks. Isn't that the beauty standard to which we all ascribe, especially our mothers? Go outside and get some color, my mom used to say when I was spending too much time indoors with a book. But when letting my cheeks turn pink, I'm also starting a process of aging that will be hard to reverse. Mike reminds me to put on sunscreen, even sometimes applies it to me as if I were a little girl with arms wrapped in swimmies. It's sweet that he cares so I let him do it. He does this because he's concerned about skin cancer and my fair skin, but he's also admitted that by slathering me in SPF 80 he hopes to spare me future dermatological procedures that will cost us the equivalent of a trip to Europe.

When the cap on my front tooth--the result of a rollerskating spill down my driveway when I was younger--started yellowing with stain, I immediately made an appointment with a cosmetic dentist to have it replaced, paying for the $500 bill out-of-pocket. I had seen pictures of our recent trip to Key West and in all of them is that amber splotch on my smile. When they introduced at-home whitening kits, I faithfully applied the strips twice a day for two weeks even though they made me drool.

But I was neglecting what I couldn't easily see. Those back teeth got only a modicum of my attention and care. And now one is gone and the other one is on the endangered list. I figured the dentist could do something with what fragments I had left, but two broken caps later I was running out of options. They could pull the tooth slightly by the roots like unfurling a line of floss to get to a clean piece. But even the roots were showing signs of decay. I could have the whole thing extracted and get an implant (for an other large out-of-pocket fee.) This option appealed to me. Start fresh, I thought. This time will be different, just give me another chance. But my dentist said an implant that far back in my mouth might push against my sinuses. I'd have to have a consultation before they could approve an implant. I was faced with the prospect of that gaping hole being permanent.

It's not like you can see the void when I smile. But I know it's missing and that I caused it. It's another sign that I'm mortal, that I can't always count on my body to pick up my slack.

Buddhism teaches us that clinging to the ephemeral causes much suffering. But there are things I could have held on to a little longer if I had just payed attention to the right things--regularly flossing my back teeth, for instance. My dentist advised that I pay more attention to preventive care. Unlike a sweater, my teeth could not easily be replaced by purchasing a new one every time there was a hole.

After receiving the bad news, I shuffled out of the office and went straight to CVS. I bought fluoride rinse because the Listerine Whitening mouthwash I was using wasn't effective against plaque attack. I'm paying more attention now to how well I'm flossing. I pay penance for my sweet tooth.

Which makes me wonder what else I may be overlooking.
Posted by Jennifer Campaniolo at 3:29 AM